On Day 5 of #100DaysNoTV we explored the beautiful Worcestershire town of Great Malvern and its spectacular surroundings. Being the county where Rob grew up, the area still holds a special place in his heart. I don’t know about you but whenever we visit somewhere with an interesting history, I want to find out more. Here I’ll share a little bit of what we learned about Malvern.

Great Malvern, part of a larger area known as The Malverns, was our base for a week exploring this corner of Worcestershire. We had a fantastic family break, staying in a beautiful three-storey Victorian villa. I’ll tell you more about the property later!

During our early morning walk through Great Malvern we were struck by the beauty of hundreds of mature trees which fill the gardens and public spaces. This is largely down to the foresight of Lady Emily Foley who owned the majority of the land around Malvern in the second half of the 19th century. When anyone bought land to build a house she insisted it was at least an acre and that they plant a number of trees around the house.

Whenever I walk around somewhere with interesting architecture I try to look up as much as possible, because there’s so much detail above head height that’s easy to miss.

Now we have children I’m constantly pointing things out to them. Two buildings that caught my eye in the centre of the town were those currently occupied by Barclays and Brays. The former was previously the Royal Library, built in 1819. Brays is a family run department store, established in 1895.

The current home of Barclays is the former Royal Library, built in 1819

The iconic building of Brays of Malvern, established in 1895

Some pretty cool people have lived in or visited Malvern over the years. The area is known to have been inhabited as far back as the Bronze Age (around 4,000 years ago), and it really came into its own during Queen Victoria’s reign (1837 to 1901).

Malvern’s natural spring water has been valued for its health properties since medieval times, and was revered by the Victorians who flocked there for a treatment called Water Cure. The water was used externally for ailments such as ulcers, and internally for help with digestion. Charles Darwin stayed in Malvern with his daughter during her treatment in 1851.

If you like cheese on toast, chances are you’ve tried it with Worcestershire Sauce (not Worcester Sauce as I had wrongly been calling it for years!). Mr Charles William Dyson Perrins, grandson of William Henry Perrins of Lea & Perrins fame, was a bibliophile and philanthropist who lived in Malvern for most of his life. We spotted his former home on our walk around the town.

There’s a drinking spout in the centre of town where water pours from a sculpture of Malvhina, a Celtic princess. Sadly the water from the Malvern Hills was downgraded from mineral water to spring water in 2007. This was due to the previous year’s drought which meant that new rainfall rushed through the granite rock too quickly to properly filter and purify. So, the advice is: boil before drinking.

A sculpture of the Celtic princess, Malvhina, offers water straight from the Malvern Hills through a drinking spout

I collected a bottle of water from Malvhina . . . and then took it home to boil!

It’s no surprise to me that the area was an inspiration to people such as Sir Edward Elgar, who lived in Malvern for a number of years. As we walked along the platform of Great Malvern station, I realised it can’t have changed much since Elgar caught the train from here to London, as he’s known to have done many times.

After our jaunt around the town, we took a short drive up to the Malvern Hills which are around 8 miles (13km) long and contain some of the oldest rock in the whole of Britain: they’re over 600 million years old.

If you’ve ever been to Cambridgeshire you’ll appreciate why the Malvern Hills are a big deal to me! In Cambridge we have Castle Hill, which is, well, Google it! 🙂 Whilst the Malvern Hills dominate the horizon to the west of Worcester, the rest of the county is formed of beautifully undulating hills and provides amazing scenery wherever you go.

A panoramic view from British Camp, looking down towards Worcester

Rob’s Dad once walked the length of the Malvern Hills when he was in his twenties, and I have to say this challenge is now on my bucket list. What an amazing sense of achievement it must be once you reach the end. Today we just walked a fraction of the trail: part way up towards the Worcestershire Beacon and then a stroll around British Camp.

Worcestershire Beacon was the location of an actual beacon during the Spanish Armada in 1588. Whenever an invasion was attempted, the beacon was lit. The summit at 425 metres is the highest point on the Malvern Hills. The path we followed was nice and wide, so the walk was easy with the buggy. In fact, there were quite a few other families doing the same. Before heading back down we took a moment to take in the expansive view on both sides.

A view from the Worcestershire Beacon trail towards Hereford

British Camp is home to an Iron Age hill fort featuring spectacular earthworks which you can see from miles away. At the very top is a Norman motte fortification. We were somewhat limited by our buggy, we didn’t make it up to the earthwork levels. However, there is still a lovely walk around the lower parts, and at points you can see over towards Wales. 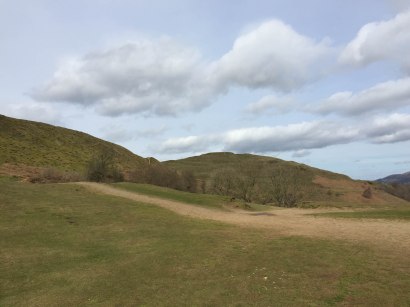 The earthworks can be seen in the distance

It got a little steeper in places, but the buggy coped well 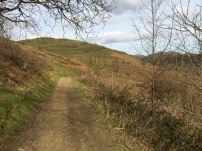 The pathway we followed around the eastern edge

You can see so much. Here we’re looking east towards Worcester

A view towards Herefordshire. On a clearer day you can see over to Wales 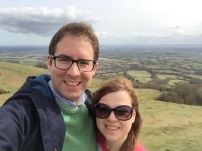 A Rob and Emma selfie at the peak of our walk

Later in the afternoon we got our swimming things together and spent some time at Malvern Splash, the town’s swimming pool. Our boys are water babies so we’d planned to spend time here. It was run (until earlier this month) by Everyone Active, the same company that runs our local Paradise Pool in Ely. It meant that with our membership cards it was a completely free swim! Result.

At the end of the day we were visited by family who live just 20 minutes away. They offered to babysit and we didn’t turn down the chance of a grown-up evening! We chose to have dinner at a well-regarded Mediterranean restaurant in the centre of Malvern. The Fig Tree is tucked away in a little courtyard, just off Church Street, and is housed in converted 19th century stables. We almost didn’t find it, but so glad we did!

The restaurant is family run, and the warm welcome we received was from someone who clearly cared about her business. We were served by the co-owner, Christine, who took time to talk us through the menu. Rob chose crab ravioli in a white wine sauce followed by cantucci e vin santo, a dessert wine with dipping biscuits.  I enjoyed chargrilled sea bass fillets in a red pepper sauce followed by tiramisu.

It was an unpretentious meal, great value with a lovely atmosphere. Perfect end to a wonderful day. 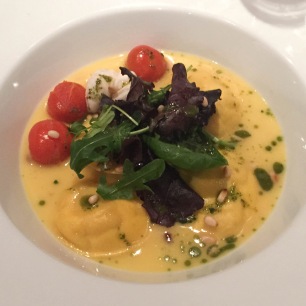 So, our accommodation! We stayed on Abbey Road, home to some huge properties, all individual in style and utterly charming. Our Victorian villa was at the top of 42 steps, good for toning your bum, but not so good for carrying a tired child! Still, that didn’t matter at all as the property is gorgeous and perfect for our stay.

It sleeps six in three large bedrooms, and has a huge bathroom with shower and roll top bath. Whilst the house has kept a lot of its period features it does have all the mod cons you’d need on holiday. Even a tumble dryer which is invaluable for families with young children! I’ve included photos of a few of my favourite features. If you want to see further details about the property, take a look at Sykes Cottages.

Beautiful wall mounted plate or dish, possibly brass. Can you shed any light?

Malvern has so much to enjoy from its historic centre to the accessible and varied hills, but it’s also centrally placed to access other lovely locations such as the market town of Ledbury, famous for its black and white timber-framed buildings; Hay-on-Wye, a book lovers’ delight; and the larger city of Worcester with its historic centre, cathedral, pretty riverside and modern shopping area.

Our day of discovering Malvern was good for the soul. We learned so much while feeling the benefit of fresh air, exercise and quality family time.

Have you been to the Malvern area? What was your experience like? What did you enjoy most? 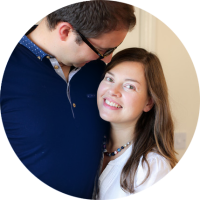 These guys are playing it cool, but they're just as nervous as me 💛🖤
I'm not sure it's normal to be as excited as I am about this arriving today! 😂⚽ #grassrootscoach
What a way to spend a couple of hours 😎🏏
Have a Happy Weekend all. This beautiful plate of K-Mex was made using ingredients from @the_spicery. OMG it was goooood. #thespicery